Amazon is still going strong with the Black Friday sales (apparently it’s Black “weekend”) and then tomorrow we have Cyber-Monday. The shopping sales are insane right now, and I just realized the “Michelles” from our reading crew found us a TON more super-sale books too (some that they are currently reading and loving). read more

You GUYS!!! I may have found a sweet-super-sexy (yet angsty!!) romance gem! It’s called Starting Fires and it’s a brand new release that I totally missed last week, and I just started it last night. GAH! It’s good!!!

Over 450 pages, and I’m already halfway through and loving it, and yes… while I *can* put it down, I can also say I’m very much involved in this couple… or should I say “potential” couple’s romantically angsty love story. read more

Incandescent: Knights Rebels MC
Looking for that Kristen Ashley biker alpha-male feel? This just might do the trick! Super-sexy MC book with all the growly-guys, claiming, and bossing around (er… sweetly-ish or, at least as sweet as a biker-boss can be), to satisfy you alpha-sweet tooth. 😉

Shell found it a few days ago while we were perusing bargain book finds,

Shell: ‘Incandescent’ by River Savage it has really high ratings and the Alpha hero is the Club President. He’s described as “crass, obnoxious and dangerously sexy”… and he’s also single dad to his son. read more 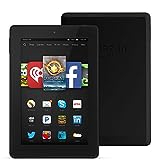 4:33 pm EST —> *gasp*!!! All the cool electronic deals changed, so I’m adding more and updating the other cool ones that I can’t take off the list ’cause they are way too cool and still well-priced. Okay I’m still working on today’s list (’cause of the Black Friday sales) and it’s gonna be extra huge and special ’cause HOLY MOLY look at the KINDLE DEALS!! I’ll be working on it pretty much all day, as I find goodies, and as stuff expires and new stuff goes on sale, so keep checking. 😀 read more