Darkness Everlasting (Guardians of Eternity Book 3)
Wow, Styx… I must really ♥heart♥ you to delay starting J.R. Ward’s “Lover Unleashed” just so I can catch up with your review. Yup, it’s true. I either have the best discipline ever, or just love making myself suffer (although to be honest, reliving your book is not suffering at all 😉 ).

The latest Black Dagger Brotherhood book was released today, and after work, I raced home to read it. Just as I was about to start, the guilt hit, and I said – WHOA Maryse!! You can’t be rude to Styx. He entertained you and made you swoon for three days straight, and you’re about to dump him for for some new BDB hunk!

And we all know how fickle I am. As much as I may crush on you today, if I start swooning over another hero, our “special connection” just won’t be as strong, and you’ll be cheated out of a heartfelt review.

So I’m being patient, and letting my friends know how great your story was, first.

Styx represented my favorite vampire type. Ancient, stern, and more powerful than any other. An alpha male, that really has no need to ever prove himself, because he just “is”. Despite his god-like position amongst his world, he’s got a little quirk that endeared me to him. He’s a little clueless about modern stuff, which made me giggle frequently.

“There is nothing in it that will harm you”

He regarded her with a hint of confusion. He had never spent a great deal of time with mortals. They provided blood and occasionally, sex. Nothing that would offer him insight into their rather peculiar minds.

“I understood that most humans consume meat.”

She blinked, as if words had somehow startled her. “Not this human. I’m a vegetarian.”

“Very well.” Centuries of training allowed him to keep his temper in check. He had expected this woman to be nothing but trouble, and it seemed he wasn’t to be disappointed.

All (well most) bow down to him (including other paranormals), and he does what needs to be done to protect his interests. Including  kidnapping a human female that appears to have attracted the interest of the local “were king”, Salvatore. But he knows Salvatore is up to something and probably intends to challenge Styx, so he decides all he needs is a bargaining chip; the human female (Darcy) that Salvatore is so intent on.

“He is pack master.”

“Pack master? You mean he’s some sort of gang leader?”

“I mean that he is the king of the werewolves. The two goons, as you called them are members of his pack.”

Her expression went blank  as her fingers clutched the blanket so tight her knuckles turned white.

“Okay. I’m glad we cleared that up,” she said at last, her voice careful. “Now if you would return my clothes…”

“You said you wanted the truth.”

Styx sighed with impatience. “Humans are always so difficult. They believe nothing, even when the proof is all around them.”

She scooted toward the headboard, a stiff smile forced onto her lips. “Well we aren’t very smart. Now about my clothes…”

He smoothly moved onto the mattress. Not so close that she would feel threatened, but close enought to warn her that she couldn’t hope to flee.

“Those men were werewolves, and I am a vampire,” he said in a stern tone.

“And I assume Frankenstein is waiting outside the door?”

Oh and did I mention, Styx’s current nemesis, Salvatore, is a hunk too? Perhaps a potential love triangle? Tee hee!!

In Styx’s clutches, Darcy learns quickly about the paranormal world. Despite her astonishment, she accepts the facts considering she’s always been a little different herself. Abandoned and raised in foster homes, her speed, strength and exceptional healing, separated her from her peers. Ostracized, she’s avoided close relationships out of fear of hurting, or being hurt. And now her unusual predicament has landed her in a vampire’s lair to be used as a trading chip, while an entire were pack is hunting her. What’s a girl to do?

“She is only beneath my roof so that I can bargain with Salvatore,” he said sharply, more to remind himself than Viper. “She will soon be gone.”

Viper studied him with narrowed eyes. “What if the weres intend to harm her? Will you hand her over?”

“Would you have me risk war with the Weres for a mere woman?” he said in a frigid tone.

But we all know what happens when a hunky vampire who has lived centuries as a monk protecting his kind, finds himself caring for a delicate human female. Sure, he may have intended to “use” her to further his own cause, but vampires just cant resist cuddling 😉 They just can’t!

“I suppose everyone who is alone in the world is a little sad at this time of the year,” she grudgingly confessed. “As I said, it’s a time for families. For sharing your life with another.”

There was a small silence, his gaze lowering to where their fingers were entangled.

“You are not alone now.”

She was caught off guard by his strange words. “Being held captive is hardly the same as being home for the holidays.”

“Perhaps not.” His gaze abruptly lifted to hers. “But we are here together, and I would ease your loneliness if you would allow me.”

Ok sure, Darcy is street smart, strong, independent and brave (she’s always had to be, considering her tenuous upbringing), but in Styx’s arms, she can’t help but become his angel.

This was a well rounded story. Not too much time spent running, and yet when there was danger, it was exciting and a bit scary. And there is a surprise villain or two… Salvatore is not the only thorn in Styx’s side. Overall, the emotional connection was fantastic. A hardened, almost lifeless Styx, becomes alive again, as he realizes that those around him have more meaning to him then just pawns in the game of a vampire king, and Darcy learns much about herself as her paranormal surroundings unfold. 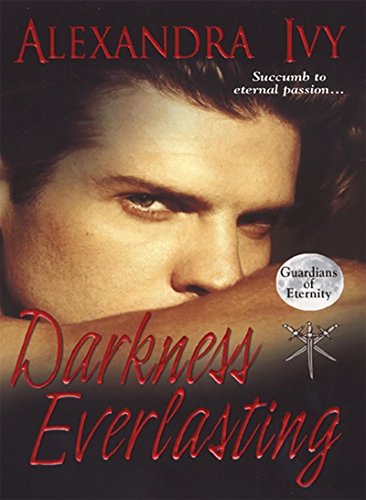 You gave him some justice….I want to read the book now. Now get to them brothers – according to reports Chapter 37 is VERY interesting!

Styx is pure hunk and this was one of my favs in series. Read the rest because Salvatore is definitely someone to look forward to. That’s saying a lot for me because I usually get irritated with the whole alpha thing. I still adore Viper even though his story could have better.