Alarm
I just finished it yesterday, and yesss I knowwwwww, it’s still on pre-order but will be releasing in just 2 days, so not much longer to wait, my friends! It’s a a fun, exciting, sexy, easy “bad boy” read with a bit of mystery and intrigue to boot. Appearances can be deceiving (or telling) and this “good girl” has her suspicions of her new “bad boy” friend.

Chloe (straight-laced and happy that way) gets a little tipsy one night out at a bar with friends. She finds herself very attracted to someone (Aiden) that she’d normally consider NOT her type (scary looking), but there’s just something about him that calls to her, and they just keep bumping into each other as the night wears on.

I always thought things through before I did them. I rarely opened my mouth without thinking first. I thought about the impact of my actions on other people before I did anything.

Then I met him.

The alarm in my head went off immediately.

And when he eventually offers to take her home (she can’t drive in that condition) she wakes up in HIS home. In his bed. With him. *gasp!!!!* (No worries… it’s not what it looks like. Yet). 😉

He seems sweet, gentle, protective and really into her. Pushes her buttons and challenges her “comfort-zones”. In fact, he proposes that she go with him to South Florida for a week, and even though they just met, she’s tempted. Dangerously so.

No. I wasn’t going to think that way. I didn’t want to know. If I knew-if I knew for sure-I’d have to get out. I couldn’t stay around if I knew what he really did. As long as I didn’t know, I could pretend…

She throws caution to the wind and all that. But does it come back and bite her in the butt? *snort!!*

That’s when the fun really begins. A scary adventure between two strangers that can’t help but entertain their attraction. At first it’s all beaches and sea shells and sweetness. That’s when they really get comfortable with each other. And then… *things* happen… she really becomes suspicious. And those *things* get crazy!

It’s pretty much got everything I like. Her POV (so he remains a mystery to me…), a few dark secrets that had me guessing, a super-sweet bad-ass, but with moments of eeeeeeeep-worthy reactions.

This man was not the one who cooked breakfast for me. This was a man consumed with raw fury.

, “bad-boy” guilty pleasure! Lots of intense romance (and super-steamy/quite dirty *blush*) scenes, along with the angst that had my heart clenching hard a few times. A bit fast in the intense-attraction-turned-relationship department, and a bit over-the-top in regards to the big reveals (and how some things played out), but a fun romp, as long as you just “go with it” and are in for the love. Er…. I mean… potential love. 😉

P.S. Thank you to the author for the review copy! 😀 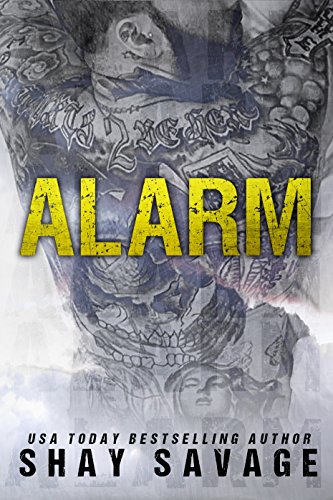 Love the review Maryse! I finished it just now and agree with you on the rating. So different from her other books but still good 🙂

I’m done resisting. One-click and I’m ready for tomorrow’s release. Thanks Maryse. This sounds like just what I’m looking for right now.

Fabi, let me know what you think of it…

Yes agreed, Feifei this one was different from her others (even the writing), but then again it’s from the girls POV and not the guy’s like usually writes. but fun, nonetheless.

Sounds delicious! I loved your review.