X
You are here: Home / My Book Reviews / Book Review – Anti-Stepbrother by Tijan

Anti-Stepbrother
A sweet, lighthearted, slightly angsty new adult romance by Tijan, and my first “official” read by her. We have so many fellow readers that are Tijan die-hards here and on Facebook, and devour every single things she releases. I knew it was time!

Grey: *beep* *beep* *beep* This is not a drill… A new Tijan book is live, F*ck it babies…. mama is NOT cooking dinner tonight, I was gonna run my day down for you, but basically it was a lot of chasing my a$$ around with both hands and a map and not getting anywhere fast. But this has the potential to make me smile, and pull me out of my rut. So cheers to that friends!

Lisa: Yeah Maryse!!! Tijan’s books are awesome & a must read!! I’m almost half way in Anti-stepbrother!! Can’t put it down. So good! Going to be a late night tonight!!!

Joanna: I devoured that one like a starved lion on a gazelle. It was ugly. I stayed up until 2:30 am and had to be up early this morning. ugly, ugly book hangover…

Plus… how could I possibly resist a college romance story about the “new girl”, who used to crush on the most popular guy in high school that just *surprise* becomes her step brother (their parents got to each other first)!!!

…my stepbrother Kevin. The same Kevin I’d been in love with for two years— since my junior year of high school, since my mom died and my dad decided he was in love with the most popular guy in school’s mother.

*gasp* And they are now both attending the same college. But then she meets one of his college fraternity brothers (considered THE MOST BAD-A$$ and “hard-to-get” guy of all)…

I glanced between them. Caden was taller by a few inches. Both were gorgeous, but in different ways. While Kevin had the dashing good looks, blonde locks and pretty eyelashes, Caden just looked badass. He had a pretty face too with chiseled cheekbones, but his dark hair, tattooed arms and no-nonsense demeanor gave him an air of authority.

…and circumstances force them together a few times, and suddenly, well… now she has two crushes. 😉

I am picky about my friends.”

He tapped the cleft in my chin. “And for whatever reason, you’ve become one of them.”

We sat like that. It felt nice. It felt right.

*sigh* I LOVE when that happens!!

Lisa: Wait for all the noise when the Fallen Crest fan club hear Maryse is reading Tijan!!

Amy: MARYSE IS READING TIJAN!!!!!!! Is that a cherry I hear popping?

Tessa: *thunks* She read a Tijan! I’m so jealous right now. That one looks amazing and I love the concept.

That of love-triangledom, plus bad-boydom, plus mean-girldom (unavoidable jealousy, cattiness and a bit of backstabbing) but nothing too infuriating.

Caden’s a big guy around here. He’s not known for dealing with girls like you.”

I hated asking, but the question burned in the back of my mouth. “Girls like me?”

“Yeah.” She smirked. “Nobodies like you. Freshman and forgettable.”

Grrrrr!!! Except for stuff like that. Yeah… she was infuriating. 😉

Quite a bit of back and forth, whether it be on her current crush-focus, or what guy was dating what girl and why, and what girl dated what guy behind what other girl’s back, and the 6-month-limit serial dater, etc etc…

But all in all? It still had that all-around family feel with the occasional personality clash.

There hadn’t been any problems when the two families merged. There should’ve been, but there just weren’t.

A great slow burn to boot, between two surprising “new friends” that have the potential for so much more.

And despite that nighttime drama-soap feel (that can be SO fun when you’re in the mood for theatrics mixed with poignant personal issues), there was a developing back story with depth. That of a few of the frat brothers (who were actual brothers) and why exactly, their relationship was so tumultuous. And that of the heroine dealing with her new life, her new family, and the loss of her mother. And that of her inconsiderate stepbrother and exactly what made him that way.

His eyes bore into mine. “Whatever reasons you have for being loyal to him, he doesn’t share the sentiment.” There were no doubts. No questions. Nothing in Caden’s statement besides dead-set resolve.

The wind picked up, sending shivers through me. “What are you talking about?”

He put the Land Rover into drive. “He wouldn’t have your back. Guys like him never do.”

I’ll let you explore the rest of this one for yourself, as the love triangle (for those that love them) should keep you guessing, along with the character ping-ponging effect that will keep many Tijan fans (new and old alike) on their toes.

It was fun. One of my favorite *snort-worthy* scenes? When one of the “bad boys” attempted just “hanging with the girls” (like just another “girl” friend)

“I just had an epiphany.”

“What?” the second friend asked.

“This is why I like girls so much. You guys are way more entertaining than guys.”

He shrugged. “Guys are all about sports, sex, or beer. Girls are about everything else. That kind of dramatic exit would never happen with guys. If it did, there’d be a beat down involved, but nothing like this.

Tee hee!! In context it’s even funnier, ’cause it was an argument between best friends, that had him delighted with his new “clique” and gave him such an epiphany. SO CUTE!

Alas, I wasn’t as hooked as some of my fellow readers (a few of my friends could not put this one down). It was a bit over the top for me, at times. The frequent reiteration by everyone about how untouchable and god-like a few of the “bad boys” were, the overt girl-cattiness (stuff that I can’t believe anyone would actually say!!

*smirk*), and the guys “ruling” the school and the hierarchy and the cliques, while using/dumping their latest girlfriends with barely a second thought.

And while this isn’t one of “those” (for me) it very well could be the perfect read for those looking for a lighthearted (not too angsty) classic young adult/new adult romance story.

➔➔➔ Love this author? Check out more of my Tijan features and reviews on my blog! 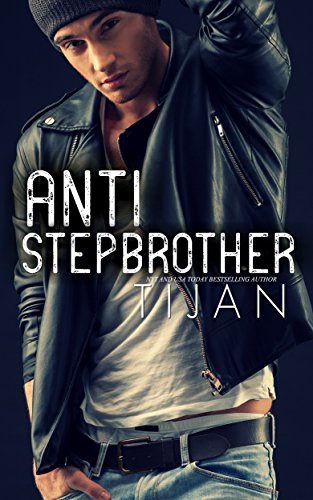 If you liked this one you will need to read The Fallen Crest series.

Your review validates my thoughts on this book. Nearly every review on Goodreads gave this book 5 stars, so I thought maybe I had read the wrong book 🙂 I LOVE all of the author’s previous books, but this one fell flat for me. Without using any spoilers, I will say that some of the scenarios in this book I found to be unbelievable, and the characters could have been developed more. I gave it a solid 3 stars.

Ashley, it seems everyone is crazy for this one… so I felt bad that I wasn’t connected, but for the same reason as you said. Exactly.