Drumline
Pretty great cover, unique spin on the college “it group” (instead of the sports stars, it’s the band stars!) and hugely recommended by so many authors and readers, that I was very excited to give this one a go. In fact the hero in this one was compared to my beloved bad-ass, Travis, so you know I was rubbing my hands in glee to feel that feeling again.

Krista: MARYSE!!!!! AHHHhh!! OMG!!!! You NEED to read Drumline by Stacy kestwick ASAP… It has a beautiful disaster feel with Laird giving Travis a very close run for the lead!!!! Say what!?! I know right? I’m only at chapter 14 and I CANT put it down!! Seriously!! I think – no I know – you will LOVE it!! A snare Drumline geek hero and a strong quit-wit stubborn heroine. Stop what your doing and READ this book!! Gotta go!!

Chelli: Don’t know if anyone has mentioned Drumline by Stacy Kestwick. First time I’ve read one of her books but it was sooo good. College romance with sexy, sweet alpha male, strong heroine and perfect amount of angst and drama. Def gonna try something else of hers!! Perfect book to get me out of my book funk

While keeping it “new adult light and sexy” it still explored some deep subject matters, from overbearing parents, to childhood illness, to flat-out bullying (and by the hero’s best friend, no less). It ran the gamut of having to grow up fast, and keeping it “cool” while recognizing priorities and personal dignity.

Reese is trying out for the University drum line for one of the most coveted spots in the school band (one of the snares) and historically, it’s always been an all-male group. No female has ever been good enough to “make” the team (at least not the snare team), and so the females play other instruments.

Nothing against her, but I wanted to get started already. By tradition, Rodner’s snare line had always been an exclusively male domain. It wasn’t so much that girls weren’t allowed, just that none had ever been good enough, and over the years, they’d simply stopped trying out.

As well as serve as the “snare-players” play things and groupies. *hrmph*

Anyway, the diehards eyeroll when Reese shows up, so sure of herself, and they decide to give her a run for her money, to prove that she doesn’t have what it takes. But they don’t know her determination, or her talent and SHE. SHOWS. THEM!!! Mind you, not all that easily, as she has one bully (the captain’s other main misogynistic leader), that seems to hate her right off the bat, and plays VERY dirty to make her life within their group, miserable.

But Reese has been through worse, and doesn’t give up. And Laird notices her… BIG TIME. And she notices him back.

I barely knew him, I reminded myself. He was beautiful and said things that made me want to spontaneously combust, but I barely knew him. If this turned out to be a mistake, a short fling— or worse, a one-night stand— how would the rest of the season play out?

I enjoyed it well enough (it’s very well written), although I didn’t quite get the intensity I was looking for.

Maybe it was because this story was equally told the entire way from both main character’s POVs, which didn’t allow for that nervous titillation that I crave when potentially falling in “book-love”. Perhaps it was because thcir wasn’t enough push-pull when it came to the romance aspect, that I didn’t quite get that teasing, and the nervous butterflies in my stomach.

There was so much potential for the hero to be haughty, wary, and infuriating (especially considering she was the first female in ages to audition for the spot in a all-male drum line), but… it didn’t quite get there, for me. Although I did delight in his possessiveness, it happened so quickly that I didn’t get to delight in the “getting there“. He pretty much let his feelings known from the start, and while she did play a little hard-to-get (sorta), it wasn’t long before they were obviously paired, and totally in accordance (with, of course… personal secrets to be discovered. Although we, the readers, were already privy to them).

It had plenty of sweet and sad moments, highs and lows, angsty feelings, and full-on hurtful moments (uggggghhhhh that abusive bully was THE. WORST!!!), so I get the big love for it. I guess I was just not feeling this one as much. 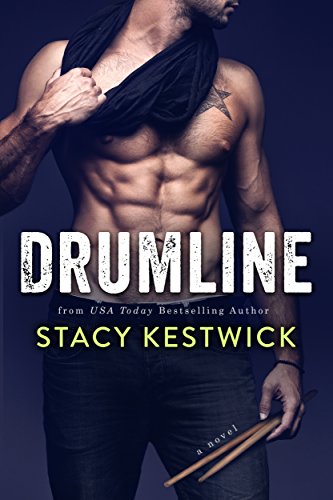 Maryse i forgot about this book lol I totally went crazy for college drum line videos and posted them all over Facebook. The book was ok but the real drum line well that blew my mind… here watch!!!
https://youtu.be/JHXNaYoguNU

Oh yeah!!! I shall watch these. 😀 Thank you Koolooooooo!!!

My feeling on the review too! I felt it went just a little too nice like some moments weren’t really taken advantage of. Great review!

Spot on Maryse! It didn’t give me the feels like I thought it would.