Transfer (The Retrieval Duet Book 2) <— coming out in just a couple of days!!!
What a perfect conclusion to this awesome “duet”. As good, if not EVEN BETTER than #1, and OMG it was everything I have come to expect from this author. Pure incredible build-up to both an addictive romance, AND an action-packed thrill ride. It’s a perfect mix of love story + scary bad-guy, + awesome hero (or should I say heroes)? 😉

Okay now, there’s not much I can say without spoiling book #1, so anyone that hasn’t read Retrieval (The Retrieval Duet Book 1) yet, stop reading this review now, and get cracking! Oh, and… instead, read THIS review. <— This’ll get you started!

But for those that experienced that exciting “almost-complete-but heading-into-a-new-part-of-the-story” cliffhanger, this one will lead you right into the heart of the current action, and you’ll love and (and love to hate) every minute of it.

Okay… so this one?

It’s Clare’s story from being abused by her monster of a husband,

Sometimes, when I dreamed, I’d travel back in time to the days when I’d thought my life was hard.

When paying bills and eating ramen noodles three meals a day had been my biggest challenges.

Back then, I’d feared I’d end up homeless. Now, I feared going home.

to finally escaping it with her tiny daughter, Tessa, and heading into a new life in hiding…

I couldn’t sit by and do nothing any longer. I’d be damned if a bitch like Walter Noir was going to fight me over her now. He would lose for no other reason than I refused to fail her.

with their ultimate hero, Heath. But while Clare was grateful, she was not exactly thrilled with the revelation.

…it had all been a lie. He was a DEA agent trying to make his case, and I was left to mourn a good man who had never even existed. It was too much.

But couple #1 (Roman and Elisabeth are in full force in this one too, you know… considering Tessa… 😉 ). That alone had me hooked. The emotional intricacies of this potential situation had my heart, and I was so worried with how this part of their lives was going to turn out.

But of course Clare’s evil mob-guy husband is on the hunt (grrrrr!!) and life does not come easy for any of them.

And then a few more twists that had me in a twist come to light.

Crying was useless. But, then again, so was breathing when you were married to a monster.

I’m stopping there. This one is loaded in love but also as scary as the first one, and if you read #1, you already KNOW you are desperate to know the rest. Just wait until you see. 😉

In fact, I’ve said it before and I’m saying it again. I’d consider this series, and much of Aly Martinez’s writing style, (you know… the exciting, heart wrenching stories, and ultimate, but believable, and even flawed, alpha males) to be a perfect recommendation for “What to Read After Kristen Ashley”. I’m not saying these are the same (these fulfilling stories stand on their own). But I’m saying the “feels”, and the very modern “life” in these stories along with the growly, infuriating bossy heroes are in full force. These guys are ALL man, and you’ll find yourself delightfully infuriated with ’em, while falling simultaneously head over heels in love.

It had me swooning, and on the edge of my seat, terrified for what was about to happen next, and I was invested right to the very end!

P.S. Thank you to the author for sending me this review copy. 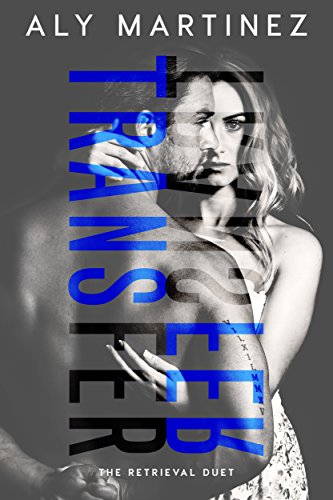 Thanks for this review Marsye. I wasn’t sure about reading this duet because I’ve seen some reviews that did not speak highly of the first book. I’m going to start this duet this week and then read the full review(s) after. 🙂

Really Cheryl? I haven’t read those reviews yet, but for me, it was pretty great. Mind you it has some of that scary factor (a bad guy involved) but so good.

*sticks hand in the air* I was one of those not so highly recommended reviews, which is said, really, because I felt the story line had so much potential. But hey, we all agree to disagree; some books we love some we don’t.