When Darkness Comes (Guardians of Eternity Book 1)
Well, well, well… I had no idea the “Guardians” were full-fledged vampires. Not that I wouldn’t have read the series eventually, but upon the very high recommendations from fellow readers (and Sherry’s super generosity), my reading time for the next couple of weeks has been filled.

These are old-school vampires, folks. Can’t see their own reflection, have no recollection of their human lives, have mind control, super speed  strength, oh and, they are inhumanely gorgeous. All of ’em (at least from what I can tell so far). Don’t be fooled, however. Just because they are vampires (which makes them, essentially “demon”), they do have the ability to choose between good and evil, and recognize the “good or bad” in others around them. Even humans.

There is a sort-of balance in the world between good and evil. To keep full-on “Darkness” from roaming and reigning on earth, there is a “counter-darkness” to help keep it at bay. A spirit of sorts, called the Phoenix. Powerful and seemingly omnipotent, it is forced to reside within a human, controlled (I’m using that term lightly) by a group of witches that help direct it, protect it, and teach it’s human host to wield it’s power. Of course, the followers of “Darkness” want to rid the world of the Phoenix, constantly hunting it. And there would be your danger and action 😉

Dante, a 400-year old vampire was bound by the witches to serve and protect the current Phoenix host. The host (called a “Chalice”) is a wealthy aristocratic human female, from hundreds of years ago, sacrificed by her own father to carry it. She remains selfish and self-centered, yet powerful from centuries of hosting the Phoenix, and Dante can’t stand her.

What he can stand, is the cute little human housekeeper (Abby) bent over picking up the pieces of the Ming vase she just broke. Abby doesn’t have a clue about the powers that surround her. Nothing is amiss, in her eyes. She simply works for a gorgeous young rich-bitch (Selena), and has to see her boy-toy every day. And boy-toy, he seems to be. Seeing Abby bent over like that, has him coming on strong…irritating the heck out of her.

“My, my, I never thought to see you on your hands and knees, lover. A most intriguing position that leads to all sorts of delicious possibilities,” a mocking voice drawled from the entrance to the drawing room.

Oh don’t get me wrong, Abby’s well aware of Dante’s unbelievable hotness (she’s been secretly drooling over him for months), but he is SO obviously a player, and one that her “plain-janeness” wants to have nothing to do with.

“Do you know, Abby, someday you’re going to forget to say no. And on that day, I intend to make you scream with pleasure.”

“My God, how do you possibly carry that ego around?”

And as they sit there and argue over how she so obviously wants him, while she vehemently denies it, there’s an explosion that rocks the house.

Finding the rich-bitch burned to a crisp, barely alive, Dante yells at Abby to leave the room. Instead, Abby reaches out to her boss. As the Phoenix’s host slowly dies, she grasps onto Abby’s wrists, and Abby’s world changes forever.

She glared into his mocking expression. “We have nothing to discuss.”

“Oh no,” he drawled, “nothing beyond the fact that your employer was just barbequed to a crisp, the fact that I’m a vampire, and the fact that thanks to your stupidity, you now have every demon in the vicinity after your head. Nothing at all to discuss.”

To protect the Phoenix, Selena passed it into Abby.

“When Selena was dying, she touched you.”

Abby reluctantly recalled those horrible moments in Selena’s charred bedroom. It was something she had tried  to put from her mind.

She gave a nod of her head. “Yes, I remember. Her fingers were moving, and then she grabbed my arm. It hurt.”

“That was because she transferred her powers to you.”

“The spirit of the Phoenix,” he said. “It now resides within you.”

She is now the new host, binding her and Dante together for as long as she carries it. Ahhhhhh darn. Of all the rotten luck!

So I liked the book tons! Lots of guilty-pleasure-y fun! LOTS. Abby and Dante have always been attracted to each other, and being forced into close proximity makes for some sizzling hot moments. LONG moments. Wooooooo-hooooo, I had to put the book down a few times to catch my breath. And the sweetness…amazingly sigh-worthy.

With a firm tug of his hands, he pressed her back against his chest, his chin resting on the top of her head.

“Destiny has nothing to with where you came from or who your parents might be,” he said fiercely. “Destiny comes from the heart, and the soul. You could never be anything less than extraordinary, Abby Barlow.

I will admit that the moments of “danger” were a bit of a bumbling mess (both having to battle the onslaught of demons attacking the new “weaker” Phoenix host, all the while trying to find the witches, so they could give the Phoenix back). I swear Abby protected Dante almost as much as he tried protecting her. They unwittingly took turns. Kind of makes me giggle when I think about it, cause, like most men, they can’t always sense what’s coming up behind them, when their minds are on…other things 😉 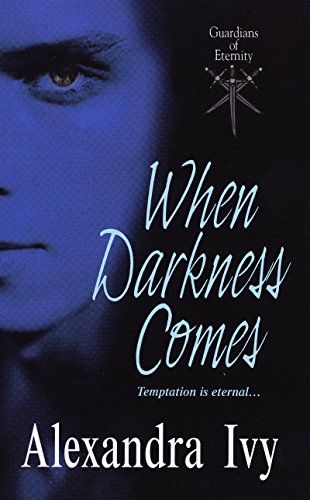 Hey Maryse…Great Review!! Ive had this series on my list,,,just havent gotten to it yet..neways…heard of Tessa Dawn just crossed a book by her called “Blood Destiny” WOW!
(this was taken from fantasticfiction.com

He was a lethal vampire bound by an ancient curse.
She was an agent of homeland security, investigating a dangerous cult.
Theirs was a Blood Destiny about to unfold…

Descended from the progeny of Celestial Gods and humans, Nathaniel Silivasi is handsome, seductive, and powerful beyond measure: a lethal vampire. Belonging to an ancient civilization that sacrificed its females to the verge of extinction, he is also cursed. Like all the sons of Jadon, he is incapable of producing female offspring and is required to sacrifice a first born son as atonement for the sins of his forefathers. While he belongs to a modern civilization, he is bound by primeval law.

When Jocelyn Levi stumbles upon Nathaniel’s pristine mountain valley, she is not prepared for the collision of worlds she is about to encounter. As an agent of the homeland security department, ICE, the beautiful, defiant female has an agenda of her own: to stop the ritualistic slaughter of innocent young women by a human trafficking ring. Little does she know that the evil she seeks is unlike anything she has ever witnessed. She has entered a world of warriors, code, and mystery, where the predators are divided only by degrees of light and shadow, and the dark, handsome stranger who has come to her aid is the most dangerous of all.

Man…another one?? I don’t think I can keep up with all these series. There are so many that sound so good. I’ve written and re-written my list so many time. Trying to make sure that I read the “good” ones first and I can’t decide which those are.
I don’t think I’m ever going to get thru all these books but I am willing to scarfice my Saturdays. I mean, those books are not going to read themselves, are they??
BTW…I am soooo enjoying the BDB!!! You guys were absoulty right!!
As a matter of fact, I think book 4 is calling me….bye…

oh!LIs …you know the 9th book comes out the 29th of this month….

Yes,Jennifer, I did. that’s how this whole thing started. I had finished the fever series and was asking what to read next and was told The Black Dagger Brotherhood. Then Maryse and Lily and Jackie started on quotes from the books and boy, hodwy..!! Whew…I downloaded the first book and am now 1/2 way thru #4 (Butch & Marissa). I AM LOVING THEM!!
I think by the time the 9th book comes out I will be done with the first 8.
Loving how J.R.Ward writes. I really like to laugh out loud while reading and then get sucked in by some dashing “warrior” trying to save “his” woman..Dang! I cannot concentrate…ugh!

This series sounds really good. I am excited. And the BDB is total book crack.

I Loved the Guardians of Eternity series! I read the books out of order. but wish I could have read them in order. Nonetheless, this series is Great!