Flat-Out Love
Flat-out LOVED IT!! This weekend, I went looking for another Travis or Brian devastating whirlwind of a bad boy book, but I found this instead. This is not my typical read. No paranormals, no bad boys, no rock stars but plenty of love. And the reviews had me intrigued.

Many reviews, almost all 5-stars, and the last time I “accidentally” happened upon a book that way, I found Travis, who rocked my world. So I was all for it. It’s kind of like finding the “independent movie” section and discovering a whole bunch of obscure movie treasures. I’ve uncovered a whole new world of relatively new, independent stuff, and I feel refreshed!

Romance, yes, but different. Not the sappy romance that I normally choose (mind you, sappy is good… but this one isn’t like that). I *think* it’s considered a romance novel, but it was so much more than that. Just a well rounded read. Everything is explored. It’s funny (as in SUPER witty – these are intelligent, “with-it” people). It’s touching, relatable, it’s family, it’s friends, it’s falling in love, it’s safe, and yet it’s heartbreaking. I felt like I had grown, along with the characters, by the end of it.

What’s it about? I’d be happy to “start” the story for you, but this one has tons of little secrets and a very gasp-worthy twist that you’ll want to discover on your own. But here goes:

Julie, an eighteen year old college girl moves to Boston to begin her college life. She finds out once she gets there that the apartment she rented over the Internet is non-existent. She’s been had. Luckily, her mother has an old friend in the area that agrees to host her, while she tries to find a new place.

“… she insisted that you come and stay with her until you can find a suitable alternative. Her son Matthew is on his way to pick you up. I gave her the address. She says you are not in a good part of town, and it’s a good thing it’s only four o’clock and not getting dark. He’ll be driving a blue Volvo and should be there any minute.”

“OK. Matt. Dangerous town. Blue Volvo. If I get into the wrong car and get myself murdered and dumped in an alley, I want you to know how much I love you. And don’t look in the third drawer of my desk.”

Tee hee!! See what I mean about the “witty”. That last line gives you a good idea of the tone of the book. Fast paced, with laugh out loud dialogue.

This family, in appearance, is practically perfect. They are well off, educated, free-spirited, SUPER UBER smart people. A lawyer wife, a biologist professor husband, one computer genius geek of a son who is an MIT student (Matt), one gorgeous model looking son (Finn) that is travelling abroad doing volunteer relief work in third world countries (the “perfect” son, and a thrill seeker to boot) and a beautiful  thirteen year old daughter (Celeste) that is eccentric almost in an savant/autistic sort of way.

You see, she misses her travelling brother so badly, that she carries a lifesize cardboard cut out of  him (“Flat Finn”) everywhere she goes. He even has a place at the table during supper.

Julie shrugged to herself. She didn’t particularly care about Flat Finn’s presence. If everyone wanted to act as though it were perfectly ordinary to hang out with a flat, replicated family member, it was fine by her. After all, he was polite, not at all bad to look at, and didn’t hog more than his share of Thai dumplings. Granted, his conversational skills were lacking, but he was probably just shy around new people…

Look, everyone has a few psychological idiosyncrasies right? Julie reasoned. She probably had a few, and this was Celeste’s.  Hell, there were worse things than this. Maybe not more bizarre, but there were worse. Probably.

Celeste has no friends, no social skills, and is well behind her age group when it comes to doing things on her own (despite her extreme intelligence). She is very regimented. You know the type… almost normal but not.

They sincerely welcome Julie into their home with open arms, and she quickly comes to love them. Coming from a broken home herself, she notices serious signs of strain in the family (seemingly because of the distraught daughter) and after discussing the situation with her Psychology professor, she’s determined to get to the bottom of this, and help “fix” her (but in a good way).

“There’s a great kid under that unsual exterior. Nobody is moving. It’s like they’re frozen, afraid to rock the boat with her.”

He nodded. “They probably are. Whatever containment strategies they’ve developed are working to some degree. At least, working in the sense that they’ve stabilized whatever they’re managing. In their eyes, things aren’t getting worse.”

Julie held his somber look. “But they will, won’t they?”

“Probably, yes. A dysfunctional system like this can’t hold up forever. At some point there will be a break.”

All the while she is living in the gorgeous brother’s room and she “Facebooks” him and lets him know that they are sort of connected, because she now shares his space. Very cute!

She looked at the pictures again. Yes, indeed. Finn was cute. Super cute. And funny, smart and charming. And he adored his sister. And did amazing volunteer work in between adventurous travels. And…

Julie stopped herself. This was silly. She couldn’t possibly have a crush on someone she’d only exchanged a few messages with, right? Because that would be abnormal. Insane. Completely not based in reality.

She’s got a serious crush on him, and each picture he uploads convinces her he is the perfect guy. Long distance or not, she sees true relationship potential.

She also gets to know the MIT “geeky” brother, and despite his resistance of her carefree, pop-culture loving ways (he’s more of a sullen, anti-social type) they bond, too, as they share in the care taking of Celeste. Although he appears somewhat moody, he’s actually the biggest help in the family, keeping his sister grounded, and happy, all the while juggling his own hectic college schedule. He is AMAZING and despite his brother being the “golden boy” of the family, I began seeing this sweet, protective Matt in a whole new light.

“Celeste thinks you’re a hero. Don’t you see how she looks at you? She adores you.”

“Not the way she adores Finn. It’s different. I do the boring stuff. I get her to school, feed her, help her with her homework, worry about her. I’m no Finn, that’s for sure. He’s never given a crap about real life. He cares about fun and horsing around.”

And then, as I was brushing my teeth (taking a quick break from my book – I read it straight through in one day) I was going over the book in my head. On a fluke, I had a thought. A stray one. An epiphany. 😉

So that’s where I’m leaving this… Just know that it is heartwarming, the characters are endearing, some moments are stressful, and some are simply magical. *sigh*

In my opinion, it’s not YA (these are very mature characters), but completely suitable for young and old. My only complaint? I wish there was more of the “love” aspect, but it’s so well rounded, that I was very satisfied. Now if only the author would continue the series, I could get more of that “love” stuff 😉 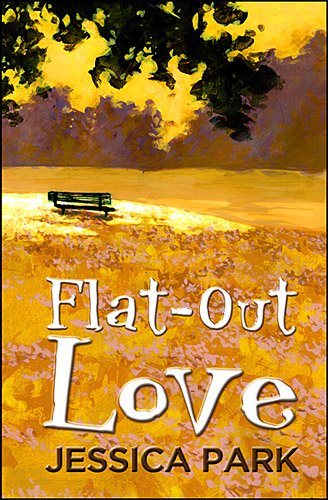 Thanks for another great review and suggestions. Have you read the Rough Riders Series from Lorelei James. The guys are not rockers but cowboys and several of them are bad boys but the series is great. I am not usually a cowboy type of girl and I loved each of the books.

Hi Lauren! Nope I haven’t read any cowboy type books as of yet. Not that I’m opposed… I just haven’t craved that “genre” yet, but this series might be a good intro 😉 I’m definitely going to look into them. Thank you so much for the suggestion!!

Once again, you steered me right!!!! I flat out loved it too!!!!! I started it yesterday morning, and finished it last night. It was a great, unique, quirky, sweet, fun, heart wrenching book, and I loved every second of it.

I loved this book and books like Slammed as well. They have a sweet love feel to them, like Easy and kind of Beautiful Disaster. I’m very much not into bad endings, could you recommend anything like those? Thanks for all you do, I consult your blog often!!

arggh torn betwen reading Avoing Commitment and this next!! any advice? avoiding commitment sounds more frustrating, but sometimes I like a book that makes me mad!

I just finished this book and I loooved it!

Hey Maryse – I just got done with it and I loved the email banter back and forth. Have you found any other books like this? I tried to google it but I could not find any of them as eBooks on Amazon.com. Help! 🙂

Brittany – have you tried Slammed and Point of Retreat by Colleen Hoover? They have that similar warm and fuzzy feel, and humorous dialogue, with some shock-value moments like Flat-Out Love did.

I recommended this book to one of my guy friends….he read it and fell in love. Now I can’t seem to find him any book that’s comparable to this (less erotica/YA). Every book I’ve recommended to him after this book is not as great according to him and he’s stuck on the characters and the author’s writing. I even recommended another book from the same author and he’s still not satisfy. Please help me if you know any other book similar to this that’s YA feel and not so much erotica materials similar to Flat Love. I’d appreciate so I can give him another of his favorite. Nickie

Ok. so let me get it. I cannot read anything since this book. I am stuck. Please tell me a similar book….please, please, please

I know Travis from beautiful disaster but who’s Brian? 🙂