X
You are here: Home / My Book Reviews / Bad Boys & Rock Stars / Book Review – Between the Lines by Tammara Webber

Between the Lines (Between the Lines #1)
I started this book yesterday evening, and it was a welcome, yet slightly fluffy respite from the more serious books I’ve recently finished. Actually, even though it didn’t send me in an over-the-top frenzy, I enjoyed it enough to read it straight through. Would I recommend it? Sure! Absolutely. But just know that it’s YA, so…… no “Christian Grey” comparisons here. Nothing too deep, too dark, or too emotional. It’s probably not going to set you *squeeing* but you still might get some heart fluttering.

The famous actor, however, in this book DID have a serious bad-boy streak. Sarcastic, no remorse over the broken hearts he left in his wake, drinking, partying and “other stuff. All in his repertoire. You know that whole “when they spend the night with me, they know what the deal is”. Well, “Reid” has that mentality, and his character is a little more on the “dirty” end of the YA spectrum.

With a wicked smile, girl number one takes girl number two by the hand and they proceed to make a spectacle of themselves, just because I said to.

So I liked it. It had a sense of realism, despite the PG style.

A major motion picture is being made (yet another remake of Pride and Prejudice) but in a modern context, with teens. Don’t worry, the heroine – Emma (and the one who get’s the main role as Elizabeth) already acknowledges the outrageousness of such a “take” on a classic story.

A high school film version of one of the greatest novels of all time? Really? Unless Jane Austen is a Reid Alexander fan, she’s probably spinning in her grave.

Landing this role would be career-altering, no doubt about it.

… she takes the role and is opposite leading man (and uber-hunk with tons of groupies), Reid Alexander. They like each other right off the bat, and you think this is going to be mostly about them. Maybe a more famous actress will get in the way of their potential love story? Maybe some groupies? Yup and yup! But it’s more than that, because even though Emma is infatuated with Reid (who wouldn’t be?), she develops a friendship with “Graham” the quieter, more brooding supporting actor.

Gorgeous Reid is obviously trying to start something up with Emma. He’s coming on strong, and seems more interested in her physically then mentally.

“Don’t go in blind. Whatever he’s saying to you, he’s saying to get what he wants. If that’s all you want too, then more power to you. Just don’t fall in love with him.”

Emma notices that despite her huge infatuation with Reid, she has so much more in common with Graham, and his sincerity makes her feel at ease. While he seems interested, his obvious reluctance to take things any further than their morning jogging and their nightly chats, has her questioning her own perception of “on-set love”.

“I thought guys liked those kinds of games.”

His lashes sweep down, hiding his eyes. “I’m not really a games sorta guy.”

And anyway, she keeps catching him sneaking in and out of  another actress’s (Brooke) room.

So you’ve got that love triangle (or is it a square now with that other actress involved?) and character side stories (Reid’s personal story at home, was actually the more poignant for me), personal family issues, unexplored doubts and plenty of  crossed signals to keep the reader entertained.

The “bad girl” antagonist had a certain something to her that intrigued me, and the “bad boy” was in a life changing process. He was “growing” mentally, possibly even emotionally, and yet, we were sort of left hanging. Despite my noting him as an “arrogant player” (ok, I used a few “choice” words, but I’ll leave it clean for the purpose of this review), I felt for him. Glimpses into his personal life (the life away from his movie star “persona”) portrayed a sad situation, and his “coping” mechanisms were beginning to fail.

I found myself vacillating on who I wanted to “get the girl”. You know when you’re sure you know who the bad guy is, and who the good guy is? When it’s just so blatantly obvious? Well you start getting that, in this one too… you’re sure you know what’s going on, but the humanity of these characters, some of their hot-headed reactions, their mistakes, make you question where it’s all going.

So all of that to say I am SO excited now!! Once I realized that there was a second book (Where You Are (Between the Lines #2), I’ve been excited to get home and start it. I’m thrilled! I’m hoping this one will give me what the first one left me yearning for. And exactly what am I yearning for? A passionate, deep, yet tumultuous romance (or two). Of course, this is considered YA (although everyone is officially 18 and over, now), so who knows – maybe it’ll loosen up a bit. And after reading the synopsis for book #2, I’m thinking I’m in for exactly that. 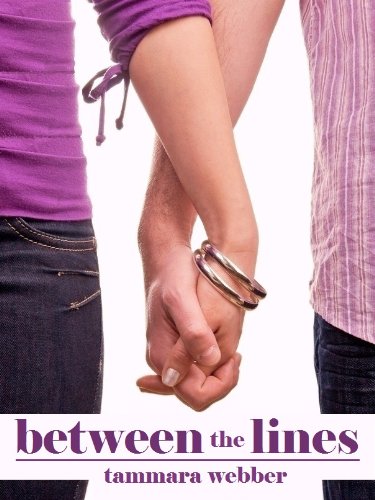 I just read a review of a new rock star book and thought of you. It’s called See You in My Dreams by Jess Dee (Samhain is the publisher). Don’t know if he’s a bad boy, but I’m going to check it out.

Ok wanted to make my Kristen Ashley obsession last a bit longer soooo i finished this book last night……..well this is a first ( first time I have not had a thing for the first guy ) There were a few times i wanted to smack her ……like really…….I heart Graham…………………all I am saying is hopefully Ms. Webber gives me this in the next one……….( I am willing to accept hints about the ending) I am a little nerveous, since I really didn’t know which way the author was going to take me at times……..it was a good between novel thanks…fluffy I can share with my girls….thanks

Just finished….this was ok for me, I kept thinking throughout..this is it, she’s gonna realize………and it didnt come to the bitter end and then left you hangin…..I tossed and turned all night, thinking I needed more to see how Emma and Graham made it happen. How they came together with Cara and told the rest of the group they were a couple. I guess some books just keep you guessing, but I didnt like my sleepless night.