Star-Crossed (Battered Hearts) NOTE: If you haven’t already read book #1 (Defying the Odds) check that one out, before this review. I LOVED it! Book Review – Defying the Odds by Kele Moon

Soooooo SWEET!! I loved this book, and once I hit the halfway point, I couldn’t put it down. At first I kept comparing the beginning (this couple’s initial connection) to book #1 (Defying the Odds), and I wasn’t sure this second installment would live up to the romantic intensity of the first.

That initial introduction in book #1, the slow, apprehensive and even shy interaction was irresistible to me. It was sweet and tentative. The hero in book #1 was a hulking, famous unbeatable UFC fighter that every girl wanted, but the whole “player” thing just wasn’t him. He was reserved, introverted, and seemingly uninterested in anyone and everything. And then the sweet, gentle, big-hearted (and not star-struck) heroine came into play and his whole world changed, and I was HOOKED!

The feel of book #2 is completely different in that respect (and that respect only). Both main characters in this one are go-getters, gorgeous, flashy, strong-willed and confident. Big, hot-headed (but sweet!!) egos (well, at least in respect to the first couple).

“You got to admit, it’s like the Jersey Shore just landed in Las Vegas.”

Jules turned around, seeing Romeo and part of his team.

They saw each other and from the start wanted each other, and the book literally started off with a bang! It did!! *blush* No hesitation, with these two, no taking it slow, getting to know each other first, no wondering if they attraction was mutual.

As crazy as it was, she missed him, and she’d just met him. She wanted to think this couldn’t be real, not this fast, not with this level of yearning.

But hadn’t she just been crying over her loneliness? Romeo was every bright color in her life that’d been nothing but dull and organized until he fell into it. It was terrifying and dangerous, and she felt alive because of it.

No big dramatic romantic-tension delay. None of that, and THAT is where I hesitated, at first. Simply because, I wasn’t getting my usual push-pull “tease” that I normally crave in romance.I wondered if there’d be any of that wonderful angsty heat wrenching tension.

And boy was I in for some! This one does not disappoint. While the pacing and feel of the romantic connection is a bit different in this installment, their passion for each other is in full force and just keeps getting better with each chapter.

The writing was fantastic, the characters were wonderfully “fleshed out”, the supporting characters were equally real and the “feel” was perfectly consistent with the beginning of the series, which is important to me as a reader. The group dynamic is perfect right from the start. The sibling interactions, the “friends”, everything. I could absolutely see them perfectly in my head, each scene, each funny (or infuriating moment), no character awkwardness whatsoever.

Romeo tilted his head, looking past the windshield to the green-and-white sign on the side of the road.

“There are,” Romeo agreed, staring at the dents and holes in the green metal. “Those are bullet holes, no question.”

“They shot their own friggin’ sign.” Tino turned to arch an eyebrow at Romeo. “What the hell are they gonna do to us?”

Tee hee!!!! See what I mean? So many moments like that one… “city” colliding with “small town”, and really. I just loved it. Them. ALL of them! Conversations flowed, I giggled, and I especially swooned over the Italian UFC fighter in this one, right from the start.

Okay so remember Wyatt’s sister from the last book, Jules (or…real name Juliet)? Well,  sparks fly between her and the famous UFC fighter “Romeo” (tee hee!!! I know right?!), Clay’s opponent for the latest title fight. Remember in the last book, when Romeo jumped in and saved the day, and everyone turned from seriously disliking him to seeing him in a new light? ‘Cept for Wyatt, he still has his reservations:

“He’s got an entourage.” Wyatt grabbed the last bag and handed it to skycap waiting for them to finish unloading. “How city is that? He thinks he’s a f&*king rock star.”

“Leave it alone.” Jules turned to Wyatt rather than stand there gawking at Romeo, who still hadn’t noticed them. “Romeo did save Melody. Please don’t forget that.”

“You’re calling him Romeo now? Like we’re buddies with him or something? What the hell kind of name is Romeo anyway?”

Yep. Jules really saw him differently after that, and this book is about them. A modern day Romeo and Juliet, and they, too, struggle with similar circumstances. ‘Cause you see, half Italian and NY born and raised “Romeo” is connected to the Mafia. Pretty much directly connected, having two younger half-brothers (Valentino and Casanova… *giggle* that is explained too ;)) that were groomed for such a lifestyle by their own Mob boss father.

And umm… well. Wyatt and Jules are cops, in a small southern town, as well as martial arts enthusiasts and UFC trainers, running their own UFC training center.

“What’s your Juliet gonna think when she finds out you got a record, eh, Romeo?”

Both Jules and Romeo are from opposite sides of the track, and their respective families don’t want them having anything to do with each other… *sigh* What are a couple in love supposed to do? Sneak around!! But as things start getting serious, secrets and revelations (from both parties) come to light, and things get hectic.

And Romeo… oh Romeo. He is just sooooooooo amazing. There is no game playing with him. No head-games, no hesitation. He leaves his “player” persona behind when he finds the one he can’t get enough of, but don’t be fooled. This is not a perfect romance.

The moments are very realistic, from the passion-filled personal moments (ohhh he’s quite the alpha!), the heated arguments brought on by miscommunication, the couple’s own entourage and the secrets they have to keep, from them… and from each other.

He couldn’t promise her. Jules heard it in his voice, but she also heard the heartache. He might not be able to promise her forever, but he wanted to and that felt like something.

Fantastic read!! ‘Cause once secrets start coming out, and once “family and friends” get involved, all hell breaks loose. Oh yes… this one made me want to cry.

I received my copy directly from the author for an honest review, and this one was an easy, EASY book to love. Right up my alley! 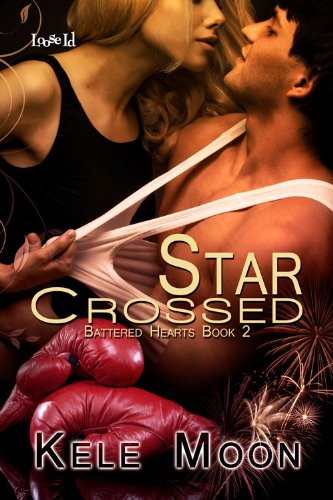 Thank you so much, Maryse! This review made my month! It means so much that you enjoy these books!! You’re darling for taking the time to read and review!

I’m just so happy you write my kind of books! How lucky am I?

Its so funny that u reviewed this this weekend ! I just posted on ur Facebook about the first one, last night ! -which I loved ! Will so be getting this and adding this author to my ” must continue” list 🙂

Maryse i just finished an amazing book. Do you remember that book Sylvia Day talked about? The Fifth Favor by Shelby Reed?
God it’s so good! I think you’re gonna love it. I was craving for an intense romance. And you know that kind of book full of angst and tormented hero? I think this book have everything. Reed worked the story very well. She went deep with them. I cant’ say that this is similar to fifty shades or bared to you, but somehow it’s still about a girl trying to save the guy and him fighting his demons. I’m happy, i just found what i was craving.

Bia you’ll love the first one!!

Krystal: Lucky you that you get to move right to #2 – so you’re still in that atmosphere!

I loved the first book and can’t want for the second. I tried to preorder it on Amazon but could not find it.

Yep… it will be “unfindable” until a week or so from now, but I’ll make sure to provide the link the day it’s on Amazon.

Just finished “Defying the Odds” and really enjoyed it and I’m anxious to start on #2. Thanks again Maryse for another great recommendation!

I loved Defying the Odds. I can’t wait to read this one.

do you know when it will be available on i tunes?

READER QUESTION #5. Have a guess for this one?

Reader Question - The book about the female celebrity who is blackmailed with a sex video... - Maryse's Book Blog

Reader Question – The book about the female celebrity who is blackmailed with a sex video…October 20, 2021 By Maryse Leave a CommentNadia needs our book help! It’s got plenty of detail, but I spoiler alerted at one point, just in case you haven’t read this one yet.She asks:Hi!I am Nadia from...
View Comments

READER QUESTION #4. And you know what? I can’t help but think this is the same book as a reader question from a week or so ago. <--- That one is still unsolved, so let’s try it again shall we? Have a guess?

Reader Question - The book where she visits a Vegas club owned by a mobster and has his men follow her... - Maryse's Book Blog

Reader Question – The book where she visits a Vegas club owned by a mobster and has his men follow her…October 20, 2021 By Maryse Leave a CommentBrandi-Lynn needs our book help! And you know what? I can’t help but think this is the same book as THIS READER QUESTION from a week or so ago. That ...
View Comments

READER QUESTION #3. Have a guess for this AGE GAP one?

Reader Question - The age gap book about the girl that falls for her neighbor and moves into his pool house... - Maryse's Book Blog

Reader Question – The age gap book about the girl that falls for her neighbor and moves into his pool house…October 20, 2021 By Maryse Leave a CommentParis’s question is short and sweet, but I think one piece of detail she provides might just be enough to spark someone’s memory.She asks:Help...
View Comments

READER QUESTION #2! Have a guess for this one?

Reader Question – The book about the girl that is kidnapped while she’s scuba diving a shipwreck, and kept in a smart house…

Reader Question - The book about the girl that is kidnapped while she's scuba diving a shipwreck, and kept in a smart house... - Maryse's Book Blog

Reader Question – The book about the girl that is kidnapped while she’s scuba diving a shipwreck, and kept in a smart house…October 20, 2021 By Maryse Leave a CommentHeather and crew are looking for this one!She asks:Help! Need book titleThis was posted on another group by someone, and I want ...
View Comments

Reader Question - The book about the gym employee that messes with her boss by playing love ballads over the speakers... - Maryse's Book Blog

Reader Question – The book about the gym employee that messes with her boss by playing love ballads over the speakers…October 20, 2021 By Maryse Leave a CommentRandi has a book question for us! This one sounds like lighthearted fun! And I love that he’s an alpha. 😉She asks:Hi there!I’ve f...
View Comments