HAPPY FRIDAY!! It’s time for the Friday Finds, and we have a bunch! In case you missed the 5 Thursday surprises yesterday, I put them back on today’s list too. 😉

P.S. While you’re here, don’t forget to check out these updated “favorites lists” & the latest giveaway:

TAKE A LOOK AT WHAT WE FOUND FOR THE WEEKEND

Ashley: Hey Maryse! Omg so do not read anything else until you read this book! Without a doubt my fave book of 2019 so far and in my top five ever. Stayed up until three am reading it and I haven’t done that in ages. The best!!

Linda: I just finished reading a book & was trying to figure out what to read next. This is in my TBR & already on my kindle. I’m gonna start this one today! Thanks for the post!!! 😊 … My TBR list is never ending so seeing this recommendation made it super easy to decide!!!❤️

Amy: Paper Wasp has been calling to me so I might squirrel.

Maryse: Whooooaaa what is Paper Wasp??? *runs to look it up* That title alone is calling me!!

Amy: Yes ladies, Paper Wasp! The blurb totally gave me a jot when I saw it on preorder months ago. I decided to start it…which I have a feeling I’m not going to like the h too much. That’s okay though as long as the storyline keeps me hooked!

Amy: Not sure how I feel about this one yet. It’s in first person but she is speaking to the former friend she is focused on, so it’s taking some adjusting on my part. She IS a little unstable though, and I’m curious how this will play out. I’m kinda getting Fig vibes from her. 😉

R: That’s so weird! I’ve never seen that before. It’s like a mix of first and second person. I just googled it and apparently it’s becoming a thing like third person, present has recently–though I’m still getting used to that one.

Maryse: the reviews are all OVER the place & I’m intrigued and titillated! That blurb… I AM DYING TO READ THIS TRAIN WRECK of an angrifying sounding story!! I’m already creeped out. I have a feeling whether I love it or not, I will never forget it. Yeah… okay. MINE.

Kathy: This is a 10* read… so funny and an awesome storyline… …love this author!!

Jean: …just finished Jane Doe by Victoria Helen Stone……what a crazy ride to be in the head of a sociopath. Great story though!!

MichelleS: I loved the Rock Chicks. I consider them “KA light & fun & sexy”.

Nancy: Super Bargain on MEDICINE MAN by Saffron A. Kent! One of my favorite Forbidden Romances of 2018!

Robyn: OMG! You guys have to read Medicine Man. It was so good. The H is a Psychiatrist at a mental facility and the h is his patient. She’s 18 and he’s in His 30’s…so taboo. There is just something I really like about a mental hospital romance between doctor and patient. This book hits all the buttons.

Caroline: Beautiful Disaster is new to Kindle Unlimited for those who haven’t read it!!

Teresa: My favorite bad boy will always be Travis from Beautiful Disaster

For those going on a road trip soon, or maybe you’ve got some projects that require both hands this weekend but still allows you to “listen”… check out the free audible trial + 2 free audiobooks deal 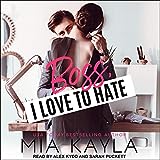 ➔➔➔  Get Maryse’s Book Blog updates delivered by email (you’ll get one daily email that will have each post from that day consolidated on it).

Okay, normally due to Pacific time, I’m not first. Today, I am? WHERE IS EVERYONE??

but since first, GLITTER!

I seriously have lost my reading mojo. 😥

I just don’t have the desire to read…even when book isnt bad!! WHAT THE HECK IS WRONG WITH ME??

I think it started after Bring Down the Stars. That book was so freaking good that everything else pales in comparison.

Ok, I am off to motivate myself to finish my BR of Written With Regret.

From the wise words of Jermaine Stewart…

We can dance and party all night, and drink some cherry wine… uh huh”

We all go through it. But what’s fun is we have each other no matter what we’re reading, not reading, watching, not watching, listening to, not listening to.

Filthy Vows is on KU is Australia! I’m all over it!

I’m finishing up with my current read and jumping in too!!

I’m a terrible buddy reader. I finished a had a quick turnaround edit…and I loved it. 😀 But it completely erased my memory of what we were buddy reading, LOL, so I have to restart. Oops!

Oh yeah, I remember Beautiful Disaster. First book I read about a fight club. I had no idea what I was getting into LOL. But Travis was hot. An unforgettable book boyfriend. I wonder how I’d find it if I reread it now. I don’t think I read any of the other books though.

Leslie, what can I say. I feel for you. Those book hangovers can really overshadow your next few books. Nothing else seems to measure up. Trying to think of a rec you may not have tried. What about Julie Anne Long’s Hellcat Canyon series? Dirty Dancing at Devil’s Leap was really good. Pretty lame title and cover, but the book was better than you’d think. Good luck busting your way out of the slump. *passes Leslie hot chocolate with marshmallow on top and a chocolate chip cookie*

Whatever cherry wine is, it sounds delicious!!

*knocks back a slug of cherry wine* Whoah. That stuff packs a punch! *twirls in Tessa’s glitter*

I never had cherry wine. It sounds yummy!

Happy friday!! *jumps in glitter* Finishing up my painting project. Just started Filthy Vows- one of my fave authors. I am intrigued with this by the author- “Do you have any secret fantasies? Exploring that scenario is what led to my newest novel.” Exploring??? :>

I’m here-ish. Had a shopping day with my girl today. I learned she has a crush! On some YouTube star. I looked him up and she has good taste! He’s a cutie. This is the first she’s ever even told me she has an interest in boys!! And I was explaining how she doesn’t wanna rush to grow up, be a teen, whatever cuz it sucks when we become women and we’ll never get this time back blah blah, crap feels every month till we’re probably 50 some years old and out of it all, she got chocolate. We get chocolate. Alllll the different chocolates. Lol!
Swim champs tomorrow! Then it’s over for a bit. There’s a heat wave over here, hope I don’t die. 🤪 We need a dip in the pool too. Then cleaning this weekend. My Mom will watch the kids for a bit. Pray I get somewhere! 🙏
So, I do miss reading. I’m in a no read zone, I do, however, want to read. I read 2 campfire stories today! Getting my kicks somewhere. The Purple Gorilla and The Ghost and The Bloody Finger or something. *snort*

Guess what? I got 2 rooms done!!! It took a total of 8 or 9 hours, but WOOHOO!! No one is allowed to touch anything either. I will savor this for a while yet. Bask in it. 😃 1 more to go, the garage, laundry, general cleaning and packing yet for this week and I’ll be thrilled! And I’m rewarding myself with a book.

It is SO fun when you make leeway, isn’t it Tasha? I’d find myself standing and staring at my newly refreshed and organized room in awe.

And I’d come back multiple times a day to stare some more. 😉