I absolutely LOVE this author and can’t wait to jump into her latest release!!! Keep Her Safe: A Novel sounds right up my alley (it’s a psych-thriller!!!!). After all, K.A. Tucker is known for her incredible writing, thrilling story-telling, and of course… romance. 🙂
Kami Garcia says it’s “sexy, dark, and unnerving,” and Kirkus Reviews says that “no one is above suspicion in this taut, sizzling romantic mystery.”
I backtracked through her posts and found an interesting personal “behind-the-scenes” tidbit about this one!
Did you know this story gave her quite the struggle? She says:

“…this sense of accomplishment that I’m feeling right now? I’ve never felt it to this degree before. I might never write a suspense again. Not because I don’t enjoy them, but because I don’t think I’ll ever be able to come up with another plot that will match this story’s complexity or its twists.
I wanted to quit writing this book many, many times. I’m so glad I didn’t.”

OMG that just makes me wanna read it even more, now!!!! Complexity and twists are for me!!! 😀 Oh and PLEASE don’t stop writing thrillers!!! I can’t get enough of ’em.
What’s it about? He’s privileged and the son of a cop and she’s from a trailer park… and they both carry a secret burden.

“Noah Marshall has known a privileged and comfortable life thanks to his mother, the highly decorated chief of the Austin Police Department. But all that changes the night she reveals a skeleton that’s been rattling in her closet for years, and succumbs to the guilt of destroying an innocent family’s life. Reeling with grief, Noah is forced to carry the burden of this shocking secret.
Gracie Richards wasn’t born in a trailer park, but after fourteen years of learning how to survive in The Hollow, it’s all she knows anymore. At least here people don’t care that her dad was a corrupt Austin cop, murdered in a drug deal gone wrong. Here, she and her mother are just another family struggling to survive…until a man who clearly doesn’t belong shows up on her doorstep.
Despite their differences, Noah and Gracie are searching for answers to the same questions, and together, they set out to uncover the truth about the Austin Police Department’s dark and messy past. But the scandal that emerges is bigger than they bargained for, and goes far higher up than they ever imagined.”

MINE!!!! 😀
And it will also belong to TWO lucky commenters here!
How to enter for a chance to win one of the two paperback copies? Just leave a comment below (and if you have a favorite twisty-thriller, or a favorite K.A. Tucker book, let us know that, too!!) and by 10pm EST, Sunday January 28th 2018, I will randomly select two lucky commenters as the winners.
Also, while not necessary to enter, it would be awesome if you’d share this giveaway on Twitter or Instagram, or Facebook.
The winner will be contacted and will have 48hrs to respond with a mailing address, so if you are picked, do not delay or you will lose your chance. This book will be sent to the winner directly by the publisher.
Giveaway open to USA & Canada!!! 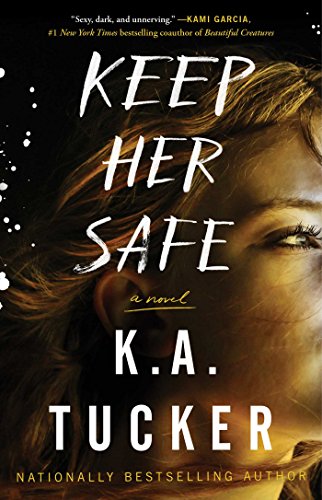 I would LOVE to have this!! Thanks for the chance!!

He will be my ruin! Thank you!!

I’ve enjoyed many of her books but Until it Fades has been my favorite so far. Thanks for the chance to win!

Thank you so much for the chance! Sounds amazing!

Four Seconds to Lose and Until It Fades has been my favorite, can’t wait to read this one!

What a fascinating book! K.A. Tucker is a new author for me. Thanks for the great giveaway.

K. A. Tucker is amazing! Maryse, thank you for yet another awesome giveaway! Good luck everyone!!

Until It Fades was such a great read!! This one sounds very intriguing.

This sounds Sooooo good! Love her so much!

Until it Fades! That’s my fav K.A. Tucker book!

I love K.A.’s books! Until It Fades is one of my favorites!

Omg!!! I would love to win this. My favorite KA Tucker book is the first one I read. I’ll never forget it…Ten Tiny Breaths

Thank you for the chance! I haven’t read a K.A. Tucker book yet but I can’t wait to start!

I have yet to read one of her books but I have so wanted to! I recently read Stillhouse Lake and that was really good.

I haven’t read one of her books yet, but this one sounds really good. Thanks for the opportunity!!

Love her books. Would love to win!!

I loved Five Ways to Fall – and the rest of the series!

I loved Ten Tiny Breaths and I am so happy for the chance to win this paperback. Thank you so much

Until It Fades was great and the premise of this one is very intriguing. Thank you for the chance!

I read Ten Tiny Breaths several years ago. Time to try another!

I love K.A.Tucker’s Ten tiny breaths.. It’s actually in my top 10 of books I love.

Sounds like a great premise for a book. I’m in law enforcement so would love to read this.

Thx for the chance. This sounds so good!

I really loved ‘Until it Fades’. Thanks!

I’m so excited to read this book!

Appreciate the chance. I have an older twisty favorite in The Thirteenth Tale.

My favorite K.A. Tucker book is Burying Water. That whole series is amazing, but I’ve listened to that one about 5 times. This is a great giveaway!

Sounds soooo good! Love K.A. Thank you for the chance!

Favorite K.A. Tucker is Ten Tiny Breaths and One Tiny Lie. Thanks for chance to win.

Sounds so good! Can’t wait to read this!