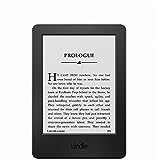 First —> KINDLE SUPER SALES! All of ’em are awesomely priced and I think I’m getting a Paperwhite at that price. Reading my iPad outside during the day is difficult and this might be just the ticket! I think there’s still time to get ’em by Christmas.

Next… I couldn’t help myself. Had to start a brand spankin’ new one from Tuesday’s list (Around The Bend by Britney King) that as just calling to me and the writing so far is fantastic!!! The perfect life… or so it seemed, and now she’s a mess… and I’m dying to know where it’s gonna take me.

P.S. Let me know if I’m missing any or if you loved any (from this list or elsewhere).

P.P.S. Also, while these bargain finds and new releases “look” great (and/or have awesome reviews and recommendations), unless I have my own personal review link next to it, I likely haven’t read it myself… I just found it and wanted to share it in case it’s awesome. So if you read it, let me know if it’s awesome. LOL!

NOTE: bargain priced when I added them, but prices can change on Amazon, so make sure to check before you finalize your order.

Sherry: Oh how I loved this book!! Can not wait for this movie

Maryse’s Book Blog: Me tooooooo… ugh. SO good. Oh there is NO way I’ll be able to watch this in public…

Megan: I may hay ugly cried

Cindy: Could hardly read the ****** threw my tears

Michelle: another one I found through your blog – and a GREAT recommendation – just fantastic!

“so, this is happening… My story, Perfectly Reckless, is about this girl and this guy and they fell in love but it didn’t work out (for reasons) and then she’s all like, BUT I LOVE YOU and he’s all, BUT I CANNOT, I CANNOT DO THIS THING BECAUSE BOY REASONS, and then she’s all, well, sucka, have fun watching me date other men, and he’s all

Maryse highly recommend Change of Hart by ME Carter if you haven’t posted it!! Absolutely loved the story. Just what my mood needed!!

I just saw an old love that’s on sale. Jude Devereaux The Princess is on sale for 1.99. I read this book so many times as a teen that I went through three paperback copies. It’s not realistic, (even then, the mystery figuring out seemed convoluted) but it’s sweet and fun.

Stephanie Hudsons new one from the afterlife saga is relesed tomorrow it’s called pentagon child!!! Can’t wait I do crave the drave!!!

Made and Extinguish by JM Darhower are both on sale for 99 cents each. Made is her newest release. Made is one of my top reads of the year.

I just had to say that I adore Britney and her writing. I’ve even reviewed them on my blog. I’m reading Around The Bend right now and I can barely put it down!

Maryse, I’m curious about Around the Bend and can’t wait to read your review. 🙂
Started the Southern Rockers Trilogy. Keep thinking I’ve seen the cover of the first book Southern Rocker Boy on another book before.
Finding Myself In You and Hollywood and Vine look good.

Yes, Maryse, you should grab that Kindle Paperwhite while it’s on sale! I do alot of camping and read outside alot and the Paperwhite is perfect. Took it to Mexico for two weeks on vacation and read out on the beach for hours every day in the full sun. No glare, no tilting it to avoid reflection. It’s great! I turn it to airplane mode when I’m away from home and don’t need the wi-fi so my battery lasts for days and days without recharging.

Maryse – I second that (what Michelle F says) about the paperwhite. I LOVE mine. The touch screen also makes it so much easier to create and manage collections. And turn pages. And reading in bed. It does need a bit more charging more often, but that’s okay with me.

Extinguish and Reignite by JM Darhower are both FREE right now 🙂

Michelle thank you so much for the freebie updates. I always get those. 🙂

Fabi, no problem! I’m glad to share since I check everyday and have been seeing some great deals recently. I’m hoping they keep up through the holidays since I’ve been saving some major bucks 😀

Michelle, ditto on the thank you.

Yea Laura!!! Stephanie Hudson’s book came out early on the 19th!!! Downloaded and can’t wait to read it!!! Maryse you must read this series!! Its awesome!! Even though I read the 4 books a while ago I still remember the story!! No reread for me!!! Well I could reread the series because I loved it so much!!! Draven Draven Draven!!!

Thank you as well Michelle. I am reading Torture to Her Soul right now. So I grabbed the freebies and Made. Is Made a standalone or do I need to read Sempre first?

Made is kind of like the prequel to Sempre, but read it after because it reveals a lot of the secrets to Sempre and Sempre Redemption.

I’ve been thinking about getting a Paperwhite also. I love my Fire HD, but it is harder to read with it outside & I’ve heard the Paperwhite is awesome for that. 🙂

It seems so quiet on here lately.
What is everyone reading?
I’m trying to pick tonight’s read right now. Thinking the Silkworm but maybe Hollywood and Vine. I also picked up one called The Bridge that looks good but sad.

https://www.heroesandheartbreakers.com/blogs/2014/12/shipping-sunday-gilmore-girls-luke-and-lorelai#comments
One of my favorite couples.

I probably missed out on the sales, but y’all know that won’t stop me from one-clicking a bunch of these. 😉 I promised hubby my undivided attention while in Vegas (no reading – ack!! – and no playing around on my iPad), but I sent him off ahead of me to gamble downstairs and I had to pop in real quick…so, hi friends!!!!! *waving*

Bev, if it’s The Bridge by Rebecca Rogers Maher then I say read it! I tend to avoid short stories because of the disconnect with the characters that comes from not having enough time with them, but *this* one had me all teary with a lump in my throat and I actually cared about them. Like, REALLY cared. And I really wanted things to be okay for both of them. It was a pretty emotional story but I loved it. 🙂

Amy, have fun in Vegas, play some blackjack for me!! *waves back*

It HAS been quiet around here…. but I am guessing it’s just the holiday craziness. I am reading Living a Beautiful War, it’s an MC Club book. Amy, I’ll let you know if it’s “gritty”. It has a good story, I’m just not sure about the writing so far…. but I am only about 20% in…

I finished the Southern Rockers Series. While it was angsty, I couldn’t help but compare it to the Groupie Trilogy which chewed me up and spit me out. That one had angst! This series was good, but just didn’t grab me and it also had quite a few editing issues.

Think I’m in the mood for a good love triangle story. Any suggestions? 🙂