How to Marry a Millionaire Vampire (Love at Stake, Book 1)
Now this is more like it! I started with Book #2 (which was good, but not great). Book number one (this one), however, was hard for me to put down. I laughed a ton, and found the romance was quite intense. Roman Draganesti is the perfect vampire! Handsome, intelligent, rich, spiritual (as a human, he was a Monk) and completely in touch with his emotions.

I admit, like most books of the genre, some may find them easily predictable. They frequently follow a typical story format (and even have similar characters), but it is the depth of emotional connection between the characters, and the humorous dialogue that sets each of them apart. This one, in my opinion had that depth.

The story is about a dentist (Shanna) who is in hiding (she is in the Witness Protection Program for having witnessed a Russian Mob Coup, and testifying against them in court). She finds herself in a bind when she is re-discovered by the mob. They find her working the late shift, at her dental clinic, just shortly after, “Roman Draganesti”, the gorgeous vampire comes to her clinic to get his fang repaired (yeah – it fell out from lack of use…see I told you he was sweet – no biting from him!)

Roman was expecting to be able to use mind control on the dentist so that she wouldn’t remember implanting an actual vampire FANG, but the initial consultation proves fruitless as her mind repels his attempts and she cannot easily be influenced.

When the mob surrounds the clinic, Roman, realizing only that the female dentist is being targeted, rescues her, and takes her into hiding to his personal town home. Shanna, not knowing whether he is trustworthy, but not having any other safe options, flees with him. While living within his entourage, she discovers his soft side (which she falls in love with), and shortly thereafter, his dark side.

Here are some examples of worthy “laugh out loud” moments:

A little blurb from the initial rescue attempt:

He moved back still gripping her wrists. “I need you to trust me, Shanna. I can protect you.”

Her headache returned with a vengeance, cold pain stabbing at her temples. She gathered all her strength, every fiber of resistance, and rammed her knee into his groin.

Breath whooshed out of him, strangling his shout before it could erupt from his throat. Only a few garbled croaks emerged. He doubled over and fell to his knees. His complexion pale before, turned a mottled red.

Shanna winced. She’d gotten him good. She spotted her gun beneath the patio table and ran to collect it.

“Holy Mother of God!” he gasped, supporting himself on all fours. “That hurts like hell.”

“It’s supposed to, big guy.” She dropped her Beretta back in her purse, then sprinted for the staircase.

“I never – no one’s ever done that to me.” He gazed up at her, his contorted expression of pain mellowing into a look of stunned wonder. “Why?”

Tee hee!!! Couldn’t you just envision that perfectly? A big bad vampire gasping in pain just like a mere mortal male! ha!! I don’t know why that made me laugh so much. Maybe I’m just mean!

Another one of my favorite parts that was very well written, and again, incites us to laugh loudly was when Roman has convinced Shanna to let him hypnotize her (she thinks it’s to get over her fear of blood) but Roman takes advantage of the situation to have her install that Fang before his mouth seals it off (they are not alone, he is accompanied by his lab technician Laszlo). He disturbingly discovers that not only can he control her mind, but she can completely read his (which is unusual in vampire mind control). This scene takes place while she is under his “hypnosis”.

He would have to be very careful with his thoughts. Only think about  safe subjects.

Regrettingly his mind wanders (onto subjects not usually spoken in public), and Shanna comments on his thoughts.

Laszlo was gasping for air. “My God, how did she come up with such a–an outrageous–” he narrowed his eyes, switching his gaze to Roman. “Mr. Draganesti! How could you?”

Lots more comedy like this (but to quote them would give up some spoilers, so I won’t). You’ll also enjoy some danger/action adventure, some romantic tension (loves me, loves me not), a steamy encounter or two, and just a read-full of fun! 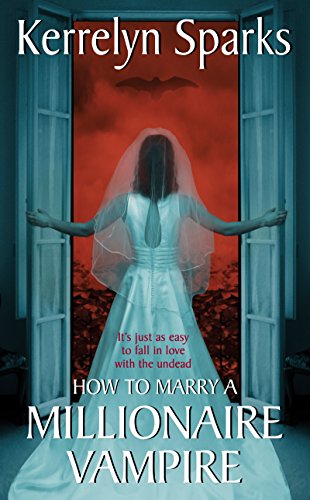 I was wondering when a movie would be produced from this series, and it looks like it has captured the attention of Lionsgate (in the form of a TV series)!

As per the press release:

“‘Anita Blake: Vampire Hunter’ marks the first time in IFC tv’s history that we have created a fictional feature film for the network. IFC is appealing to its core base of men ages 18-34 who are looking for vampire content. The popularity of the network in this demographic indicates that there is a clear demand for films that delve into provocative topics and nothing is more classically provocative than vampire lore” said Jennifer Caserta, EVP and general manager of IFC tv. “Anita Blake fits perfectly with our successful original programming.”

I LOVVVVVED THIS SERIES like crazy!!! (you’ll see the reading order guide, and my review links below). This is a MUST READ!

What’s it about? Kandace just asked that, too!

Kandace: What are the books like? Angst, romance? I’m sort of a newbie to this genre.. I’ve only read the fever series and a few BDB books.

Maryse: YES!! ALL of that, Kandace. Teacher-student romance!!! But… all of that vampire protection stuff. She is of a certain “breed” half human/vampire (I think if I remember correctly) and they are trained to bodyguard the royal breed of vampires. Her teacher is like her (half/half)… and he trains them in their Academy.

He’s the BEST of the best, and she’s pretty darn good too… but since it’s kind of like the end of high school, and he’s her teacher (and older than her)… it’s got that whole forbidden angle going on… plus SO much more angst that I can’t tell you about but that you will SCREAM at, and throw your Kindle.

I LOVED this series! Couldn’t put it down, and I felt every minute of it! Despite the fact that Vampire Academy is considered “Young Adult”, this series had masses of paranormal readers, of all ages, in an absolute reading frenzy. Non-stop action,romance, good vampires vs. bad vampires, social upheavals, and risqué tensions and situations that captured us completely, broke our hearts, and mended them again.

Two races of vampires walk our world. The Moroi are alive and wield elemental magical, while the Strigoi are undead and evil–feeding on the innocent to survive. Rose Hathaway–a half-vampire with poor impulse control–is training to be a bodyguard for a Moroi princess. Learning to decapitate and stake is hard enough, but Rose’s real danger may lie in an illicit romance with one of her instructors…

A snippet about the series from the publisher:

Meredith Gentry, Princess of the high court of Faerie, is posing as a human in Los Angeles, living as a P.I. specializing in supernatural crime. But now the Queen’s assassin has been dispatched to fetch her back–whether she likes it or not. Suddenly Meredith finds herself a pawn in her dreaded aunt’s plans. The job that awaits her: enjoy the constant company of the most beautiful immortal men in the world. The reward: the crown–and the opportunity to continue to live. The penalty for failure: death.

Quick note: I LOVE this series. If you’re looking for something similar to the Black Dagger Brotherhood, this is it! 😉

Prepare for seduction as Lara Adrian unleashes a dark new breed of vampire . . .

Part human, part otherworldly, the Breed has lived among humankind for thousands of years, maintaining a tentative peace built on secrecy, power, and the dark justice carried out by the formidable warriors of the Order.

But now, a blood war within the race is set to ignite. Vampires are going Rogue in startling numbers, feeding without discretion, killing humans in the streets. It is up to the Order to stop the spreading threat of Rogue domination–and in so doing, each of the warriors will be forced to confront private demons, darkest secrets, deepest fears. Some will know triumph, some will know loss, but each warrior can count on one thing: Love, when it finds him, will often come at the worst possible moment, with the least likely woman . . . and it will bring each of these powerful males to his knees.

SOLVED! The book where the Hero and heroine inherit a cabin together…

AMAZON FIRST READS FOR AUGUST are up!! I chose "No One Crosses the Wolf".

What did you choose?

This is a 429 error. Try accessing this page directly or wait a few minutes and try again. Everyone has their limits, and we're getting too many requests right now.
View Comments

HAPPY MONDAY AND HAPPY AUGUST EVERYONE!! 😀

Already 30 NEW BOOK RELEASES greet us today with a few by some of our favorite tried-and-true authors. YAY US!!

I posted it in the FIRST COMMENT: ... See MoreSee Less

THE FRIDAY BOOK FINDS ARE UP!! Come see. 😀

I posted in the first comment: ... See MoreSee Less

Hi I’m trying to navigate your website but I can’t figure out how to leave a reader question .. I was trying to find the zodiac academy reading order? Do you have that on the site?? I discovered you when I was looking for the black dagger brotherhood reading list and yours is the only one I have found that is accurate with all the novellas & spin offs included so I am starting the zodiac academy books but don’t know what order to read them in because there’s 3 series so just wondering if you have this list and if not could you make one??

Thank you very much!

THIS ONE SOUNDS SWEET!!! HAVE A GUESS?

Could it be Trex’s story? From Here to You by Jamie McGuire? It’s a soldier, not a police officer, but it matches pretty close…